On the night of April 24, 1896, a small group of firefighters from the "Eagle Hook and Ladder Company Number 1 of Darien", which was formed a year earlier, gathered at an old livery stable to discuss the formation of a fire department to better protect the citizens of the western part of Darien, known as Noroton. Led by James Bennett, George Dugdale, the Hindley brothers and the Williamson brothers, the first meeting of the "Volunteer Hook and Ladder Fire Company of Noroton," later to become known as the "Noroton Fire Department", was called to order. 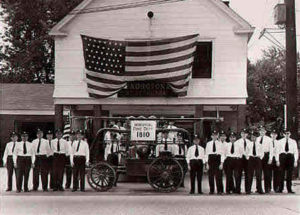 It was probably at that first meeting that the decision was made to appropriate a building for the young fire department.

As legend has it at the time having no property or funds to build a firehouse, a small group of the firefighters gathered late one night, and went to their former firehouse in the center of Darien. They hoisted the building, a small barn, onto wheels and pushed it down the Post Road. They attached the firehouse to the trolley that ran from Roton Point in Rowayton to Stamford, and had it towed to the Noroton section of town.

Many fires were attended by both companies and the competition became keen. Stories are told about the races to the fires and the races at the fires to get the first hose on the fire or the first ladder raised. As the men became more familiar with the equipment, their prowess improved and the competition only spurred the men on to better and faster fire protection for the whole town.

In 1904, the men of Noroton decided to build a new firehouse and one year later, it was completed and occupied. Built by a young carpenter named James Gaffney, the department took up position in one of the sturdiest and most efficient firehouses in Fairfield County. (pictured at the top of this section)

By 1952, the Noroton volunteers had out grown their second firehouse and a new building was constructed at the present site at 1873 Post Road. This building, and future additions, were built the same way the second firehouse was, through donations and fundraising. Today this building houses some of the most advanced firefighting equipment made, thanks to public donations and town funds.

Throughout the last 100 years, hundreds of people have had the right to proudly say they have served as volunteer firefighters for Noroton. To this day the Chief, President, officers and all of the firefighters remain 100% volunteer.

The town of Darien has evolved in the last 100 years from a farming community to a suburb of New York, so has the Noroton Fire Department. Where a handful of men pulled their fire equipment to a burning barn 100 years ago, today hundreds of tons of equipment roll out to handle a major fire at a lumber yard. One thing has remained constant, the commitment of the members of Noroton to protect the life and property of the Darien community. 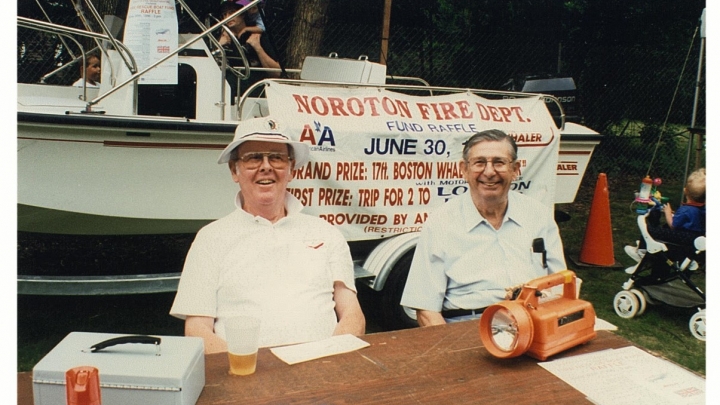 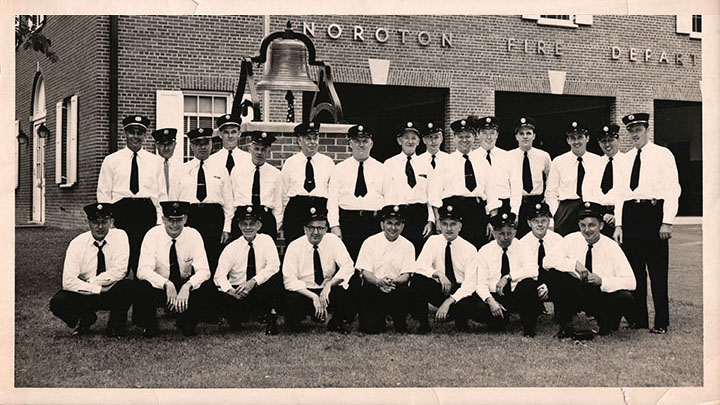 From the nfd photo archives